Soft Error Mitigation Controller - Vivado 2012.1: How to generate and implement the Example Design

This article describes how to generate and implement the Soft Error Mitigation core example design with Vivado 2012.1. It also includes instructions to create the error replace and classification files if those options are enabled. 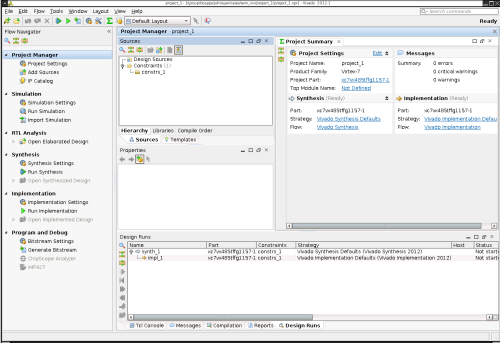 Select the IP Catalog in the left side menu; then, under "FPGA Features and Design," select the "Soft Error Mitigation" IP. 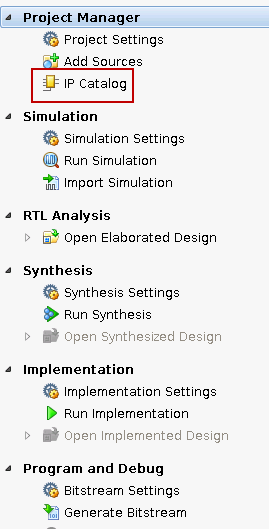 For purposes of this example, enable the following options: 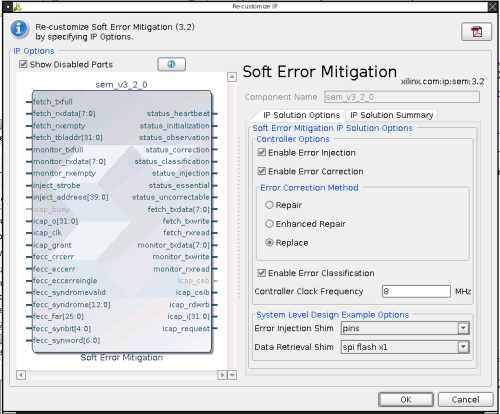 After customizing the IP, right click on the sem_v3_2_0.xci file under Design Sources and select Generate. 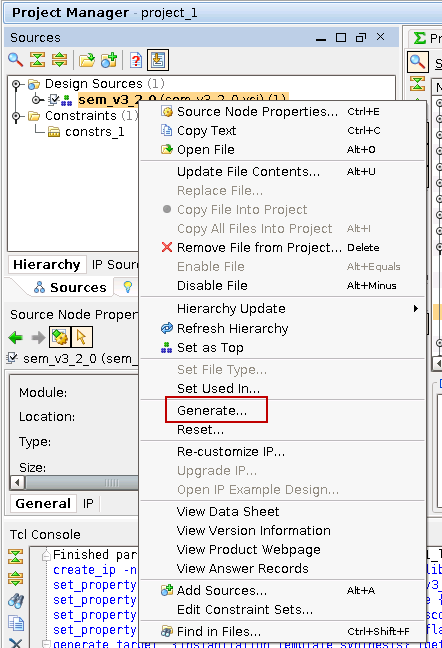 Select "All" when asked to "Choose Targets to Generate." Note that the SEM IP cannot be simulated, although a design including the core can be simulated. Checking the "testbench" option does not produce any additional files. See the Product Guide for more information regarding simulation. 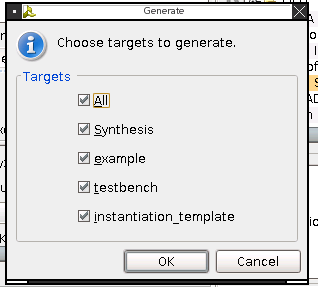 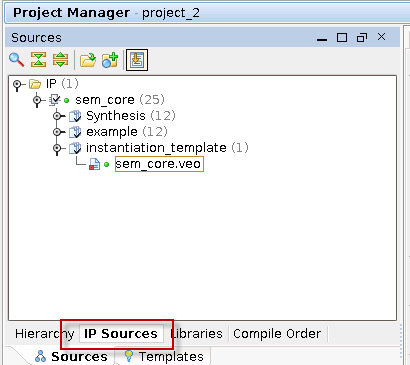 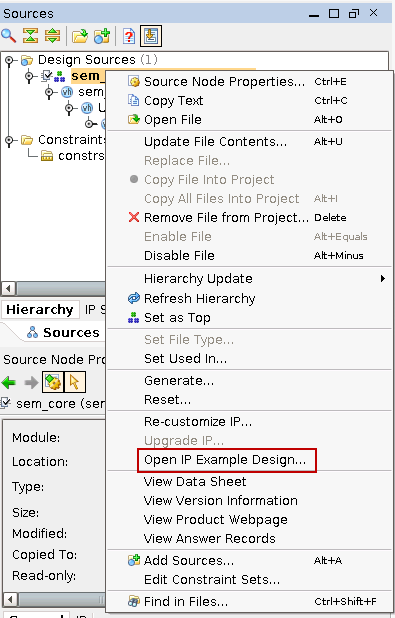 A new instance of Vivado will open showing the example design under the Design Sources window. Notice that the core is still there in the form of the "xci" file, but is no longer the top level of the design as in the other Vivado instance where the core was originally generated. 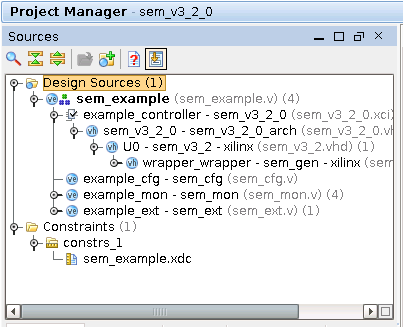 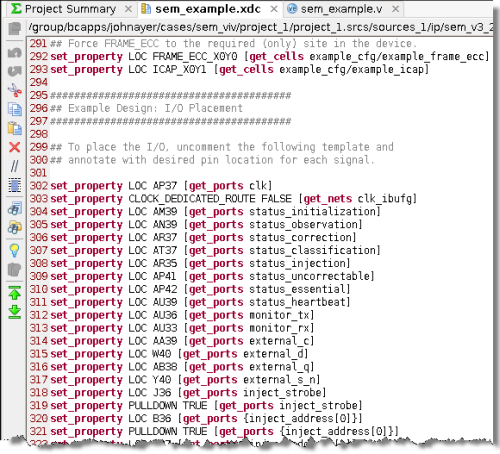 Synthesis and simulation can be run separately by clicking on the appropriate option in the left side menu, or can be run at once by just choosing "Run Implementation." Once implementation completes, the following box will pop up. Click Cancel and move to Step 7 to set needed bitstream generation options before generating the bitstream. 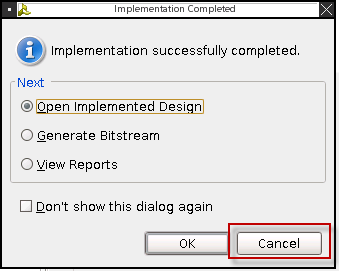 In this example, since error classification and correction by replace options are enabled,the *.ebc and *.ebd files need to be generated along with the bitstream. Select Bitstream Settings from the lefthand menu and enter "-g essentialbits:yes" in the "More Options" field. 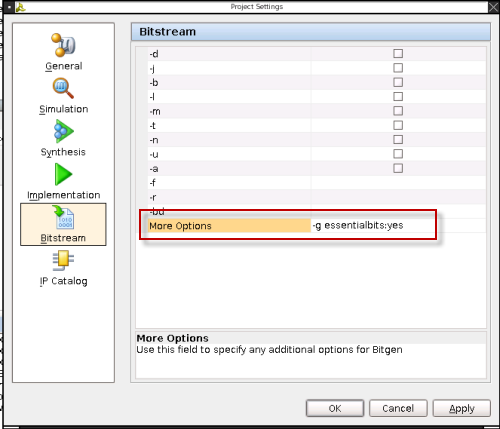 Select OK and then create the bitstream by selecting "Generate Bitstream" in the left side menu. The *.ebc and *.ebd files are located in the directory:

The classification and replacement files are generated using the makedata.tcl file included in the generated core's source files. At a terminal prompt, go to the directory containing the ebc and ebd files generated in Step 7. Depending on which options are enabled, the following command generates the necessary files. These examples show the general path and the specific instances used in this example flow.

If classification and correction by replace are enabled (used in the example outlined in these steps):

If correction by replace is enabled:

If classification is enabled:

The command creates the vmf, bin and mcs files. The following figure shows the expected results: 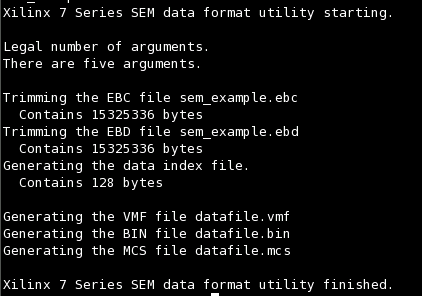