MGT power pins have suffixes of _R and _L (as per the Xilinx package file).

Why are there 2 columns (LEFT and RIGHT) since this device has a only a single GTH column?

There is only one active power supply group in some devices.

However the package used in these devices may also used for a higher density device which also has a column of transceivers on the opposite side.

The power pins on the unused side are there only for potential upgrades to the higher density device.

If an upgrade is not going to be required then the extra power supply pins can be left unconnected or can be grounded.
As an example the pictures below show the case of the KU040 and KU060 in the 1156 package.

The MGTAVCC_L, MGTAVTT_L and MGTVCCAUX_L pins are not internally connected on the KU040 device, however as shown in the bottom picture they are needed on the KU060. 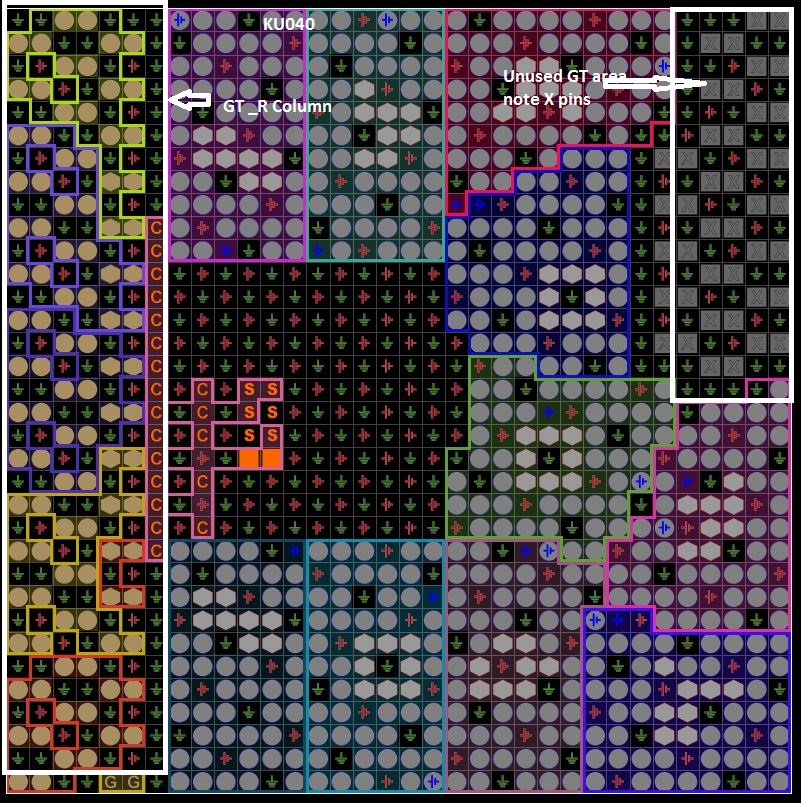 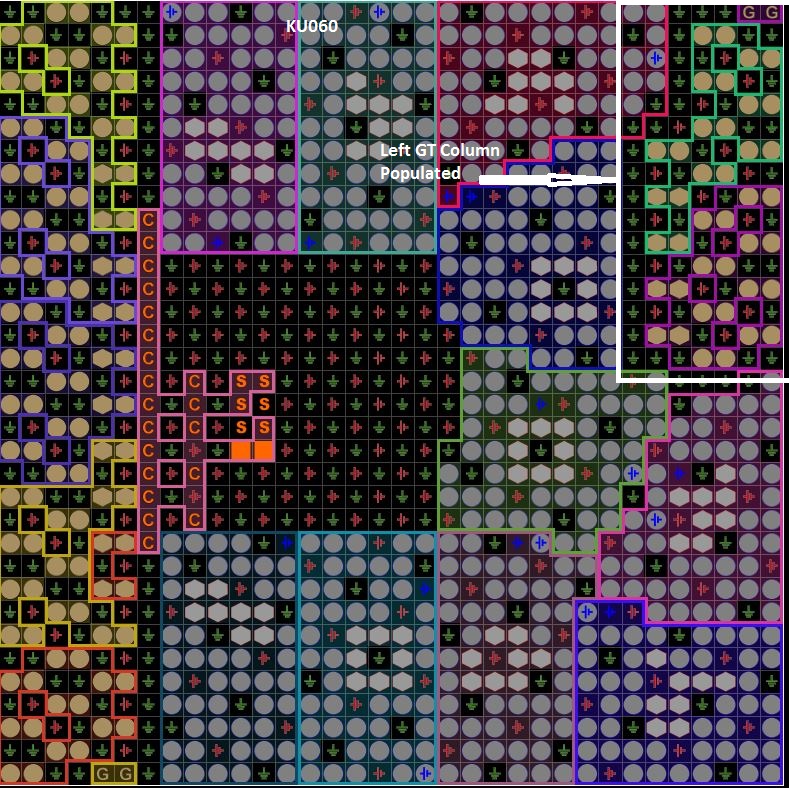