As per the Technical Reference Manual v1.7, trace output can be routed to either EMIO or MIO (but not both).

Although the various bit configurations for MIO are selectable, IPI has made only 32-bit trace width selection for EMIO. 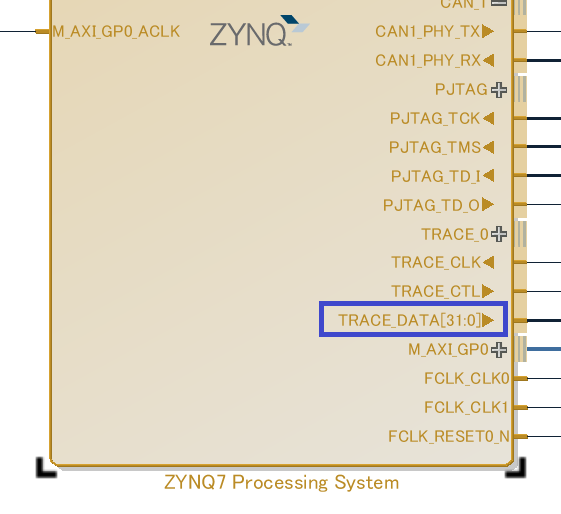 How can the other bit widths be selected for the EMIO?

The workaround is to use a Slice IP to split the outputs, in the example below a width of 16 bits has been selected for EMIO trace ports. 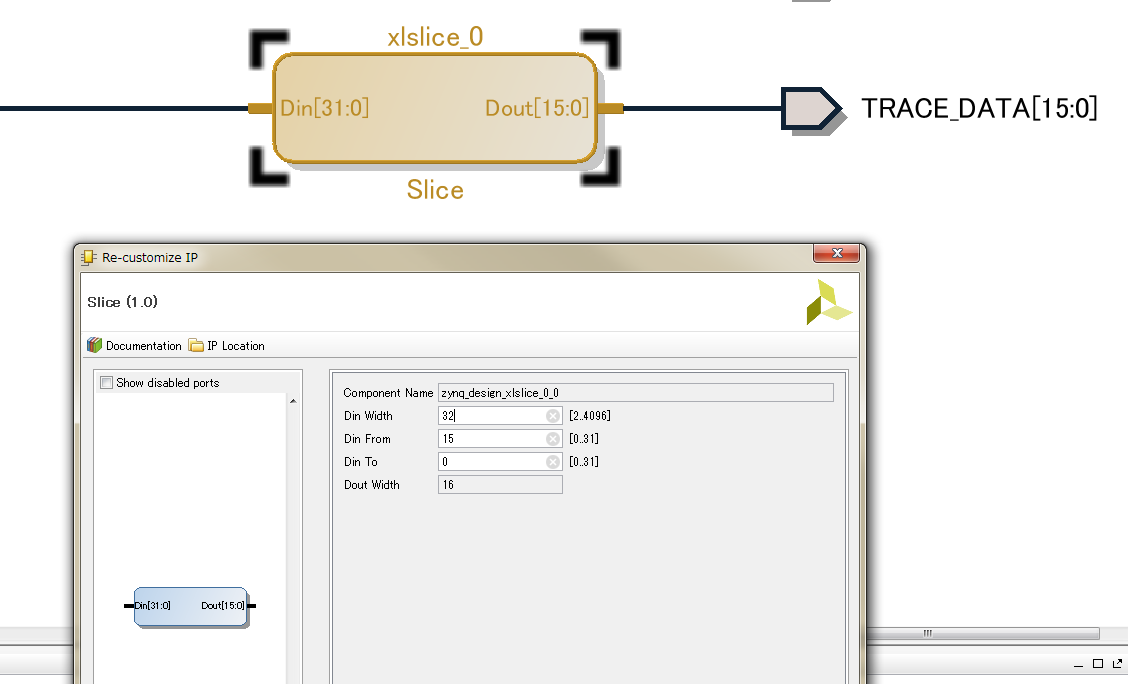 The alternative is to modify the generated wrapper and ensure that the wrapper does not auto update.