Why do the Tables for Overshoot and Undershoot appear to contradict the Recommended Operating Condition of VCCO + 0.20V or below GND - 0.20V.

Absolute Maximum Ratings are stress ratings only, and functional operation of the device at these or any other conditions beyond those listed under Operating Conditions is not implied.


If you overshoot for less time. the overshoot limit is higher.

Unlike other Absolute Maximum Ratings, Overshoot and undershoot (with the values specified in the data sheet) will not affect the device reliability over the device lifetime.

However, data sheet specifications such as the delay from IOB pad through the input buffer known as Tiopi might be affected as Tiopi is dependent on the rise and fall times.

In the first scenario below, the rise and fall times are not affected because the starting point of the falling edge is within the recommended operating conditions.

The second scenario will cause the fall time for the I/O to be pushed out because it started above the recommended operating conditions.

To understand the amount of push-out or pull-in due to this effect, use the IBIS or HSPICE model to simulate. 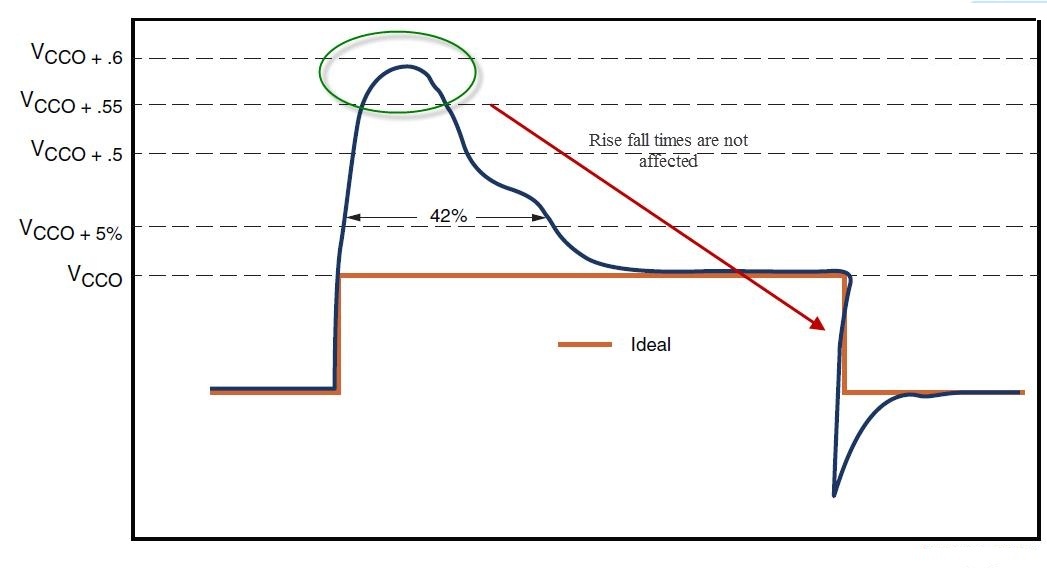 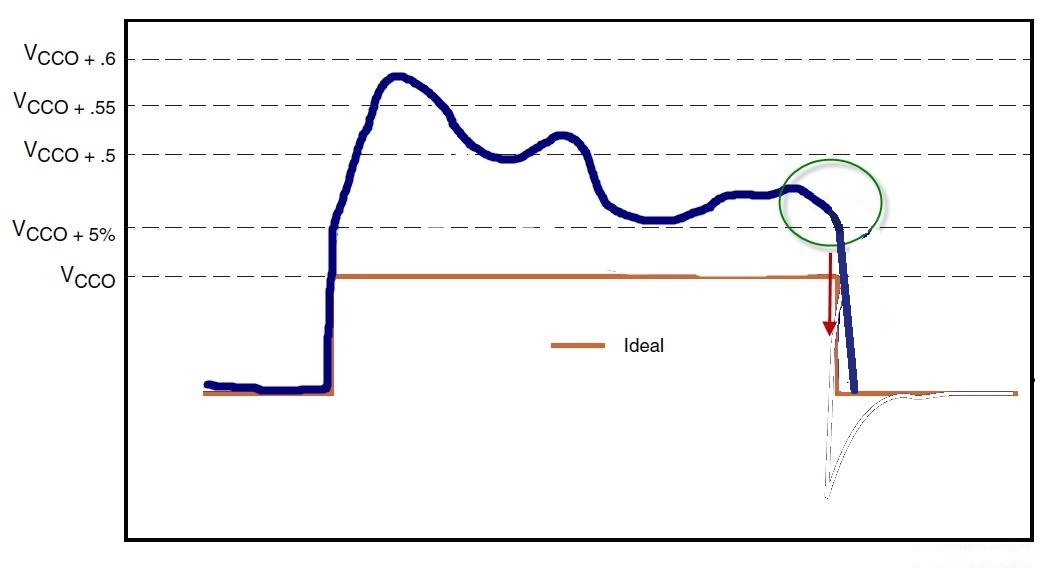 Another question that has been asked is about the NOTE for the HP bank that states "For UI lasting less than 20 us" which only applies to certain values in the table.

For example looking at Table 4: VIN Maximum Allowed AC Voltage Overshoot and Undershoot for PS I/O and PL HR I/O Banks in (DS187) Z-7010, Z-7015, and Z-7020 Data sheet the values are mapped into the diagram below to help explain the duration requirements of the table. 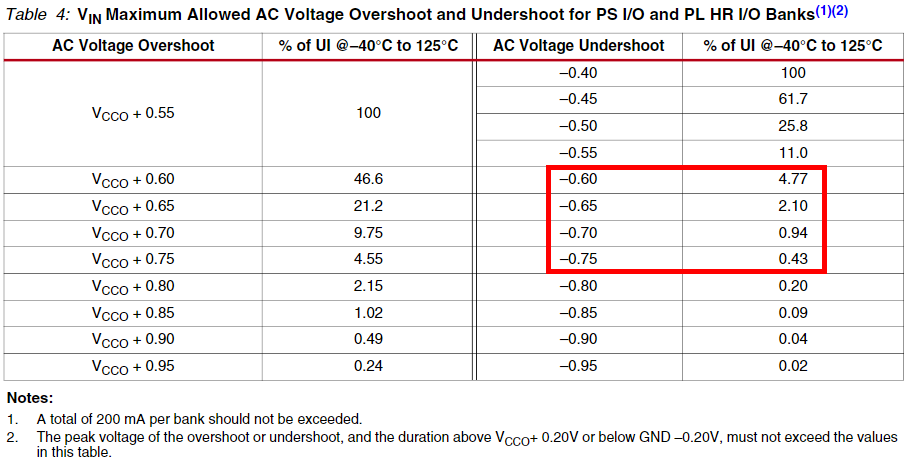 It was initially incorrectly documented and should always have been -0.2V.