The additional features added to the Test Pattern Generator in the 2016.3 release allow users to select which test patterns to include in the IP. This was done in an effort to reduce logic utilization and improve performance, which makes it easier to meet timing.

This was not available in Vivado 2016.2 so an upgrade from the 2016.2 to 2016.3 version can change the default behavior of the test pattern generator. Symptoms of this problem include a missing test pattern(s) when running your project in software.

Below are the Vivado 2016.2 and earlier Test Pattern Generator options 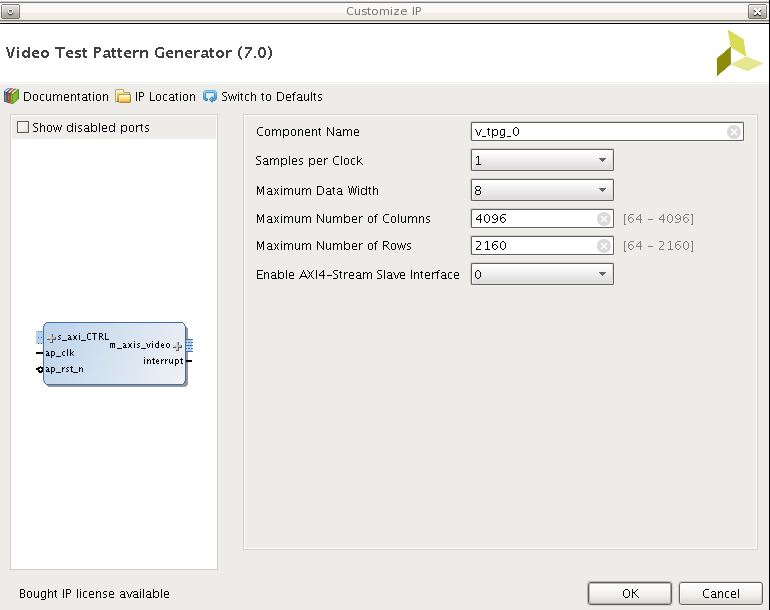 Below are the 2016.3 Test Pattern Generator options. 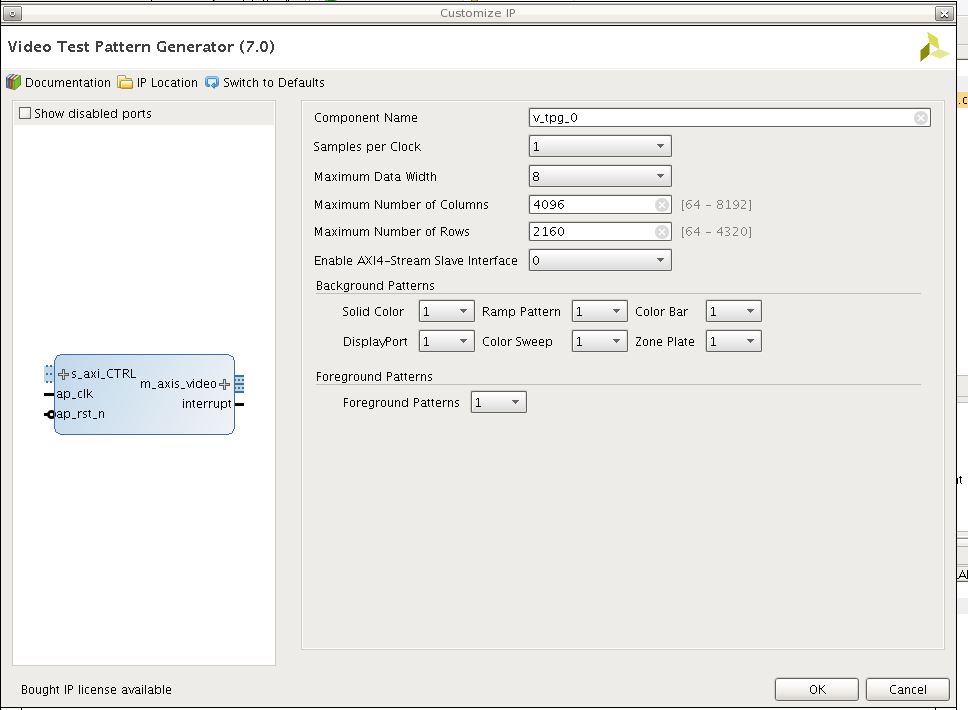