TS packets generated by the SMPTE Video Over IP are sometimes skipped or duplicated.

1) Repetition of TS packets on the Transport Stream Interface: 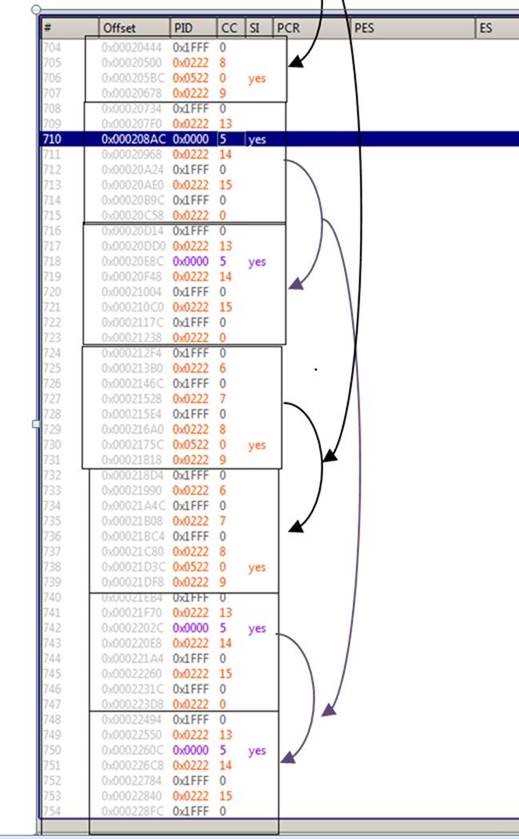 2) Some TS packets are chunked.

The Transport Stream Interface provides TS packets, with a continuous skip/repeat behavior, where a chunk of TS packets are repeated, and the following chunk is skipped:

The media_buffer_ov does not indicate any overflow and the rx_rtp_pkt_buffered signal provides a coherent number of buffered packets.

The continuity of the sequence number on rx_pri_rtp_seq_num is fine.

The issue occurs if the Media Buffer Size is not power of 2.

This can be resolved my setting the Media Buffer Size to a power of 2.