It has been found that some designs that worked in 2016.x failed to calibrate after an upgrade to 2017.x

In each case there have been multiple memory controllers in the design. In rare instances it is possible for a single controller to calibrate after the upgrade but the rest do not.

Additional symptoms include the hardware manager reporting the memory IP as an "invalid core" or a calibration failure during WRITE_DQS_TO_DQ(COMPLEX), in addition to all speeds above 1600 failing calibration. 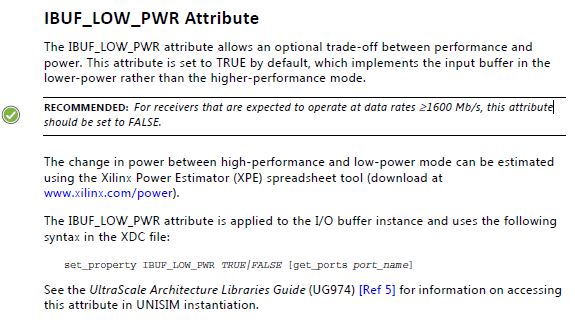 Note this behavior has only been observed in DDR4 multi-controller designs.

It is possible that the same behavior will be observed with any memory controller operating above 1600Mbps.

All DDR4 interfaces should have the DQ, DM_DIB_N, and DQS buses set to IBUF_LOW_PWR FALSE.

First open the post place-and-route DCP (open implemented design) and then run the following commands for each DDR4 interface.