This article is part of the PCI Express Solution Centre

This is an issue with the Dell systems.

To fix the issue for the Dell 5810, 7810, 7910 Precision workstation, please update the Dell System BIOS to the A27 version at the Dell Driver's/Downloads website. 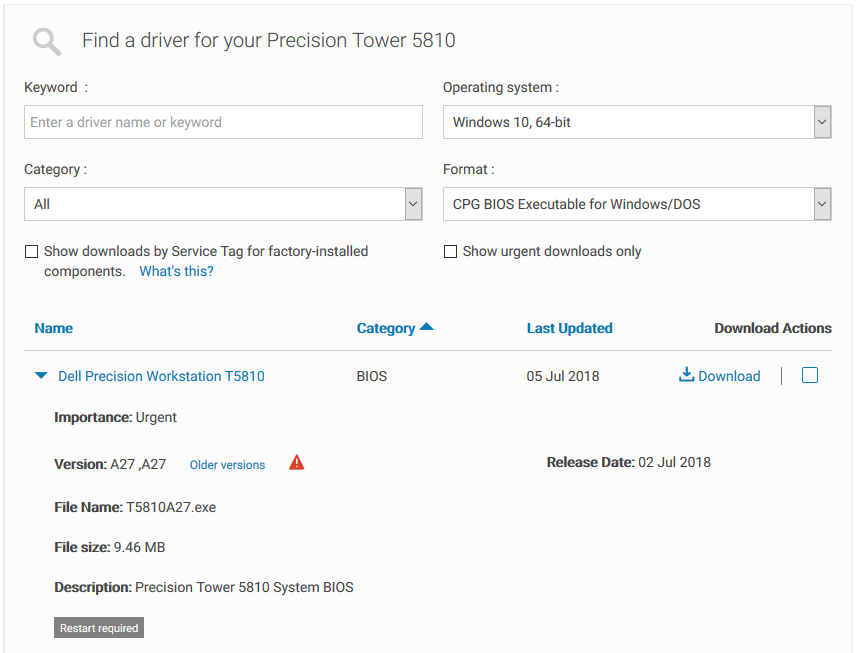