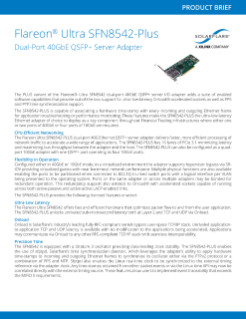 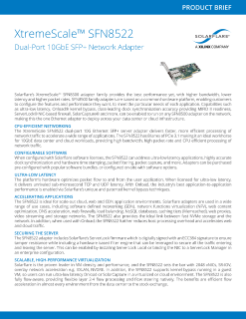 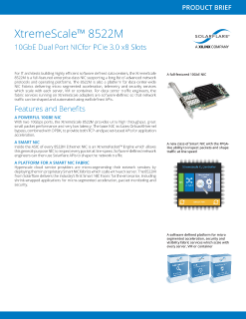 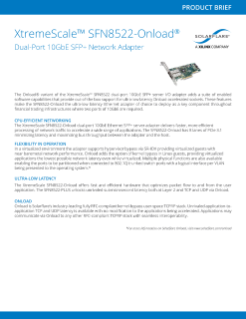 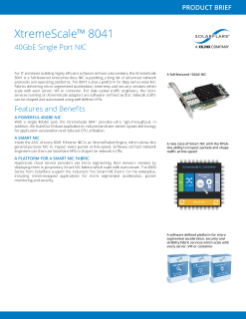 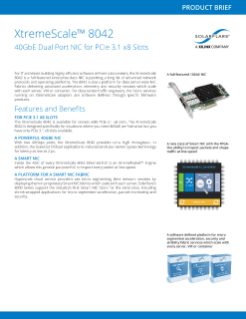 Solarflare Enterprise Service and Support (ESS) provides flexible enterprise-class support services, including contractual service level agreements (SLAs), for a broad range of customers from smaller sites to multi-national corporations. ESS is available for all Solarflare server adapters installed with our kernel drivers as well as Onload.

ESS levels address a broad range of customers, from small sites to multi-national corporations with mission critical applications. Customers who need to comply with Sarbanes-Oxley or similar international regulatory and legal requirements should choose the Premium level.

* The Premium ESS subscription must cover all server adapters purchased by the company and there is a minimum purchase requirement of 100. For more information on Basic, Standard and Premium levels of support, please contact  Xilinx/Solarflare Sales.

Telemetry is the Art Behind Capturing Network Packet Data

In this context telemetry is remotely collecting data on a given network packet. That data can be where a given packet was at a specific point in time along with the abstracted metadata that represents the network flow the data belongs to. Knowing everything about your network data can enable you to tune application performance while also securing your network. Xilinx provides several different methods for capturing network packet telemetry directly from the card itself or through a performance SolarCapture Pro driver.

Rules based action on incoming and outgoing packets can be time stamped, counted, cloned, dropped, filtered and translated

Xilinx’s SolarCapture Pro (SCP) is a kernel bypass performance tuned replacement for Libpcap. It is designed to provide a high rate of packet capture to memory, in the 10s of millions of packets per second. SCP supports three operating modes: sniff, steal or both. In sniff mode packets are delivered normally to applications or the network, but a clone of each packet, both transmitted and received packets, is sent to SCP for processing. In steal mode SCP receives all the packets coming into an interface. Finally, both modes can be engaged so that two parallel applications can analyze the same packet streams. To facilitate this SCP has a feature called clustering, which enables the creation of clusters of cores that can then be attached to capture instances for processing. SCP supports Berkley Packet Filter (BPF) which can be applied to capture so that SCP only receives the packets requested while all others follow their normal path.